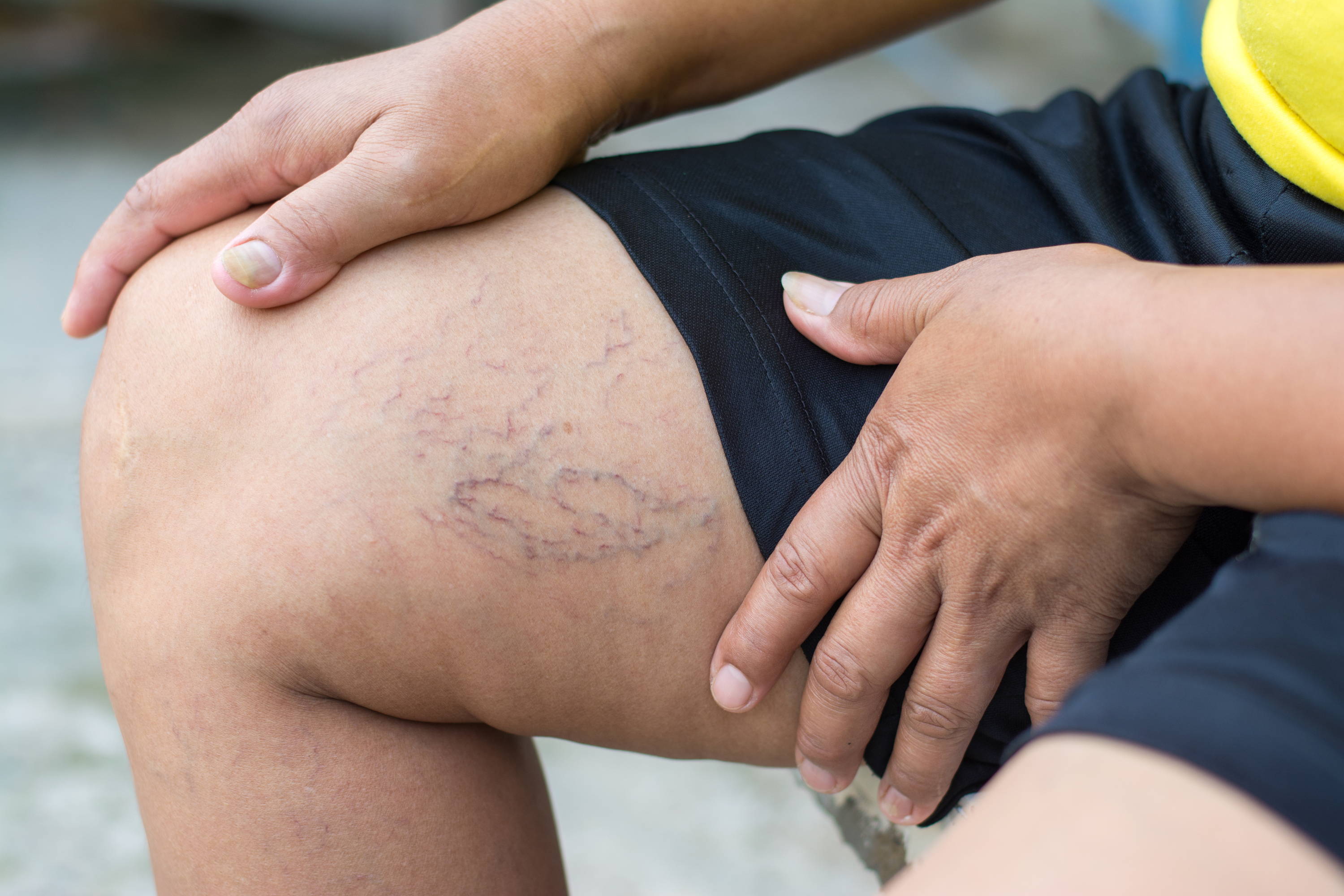 DVT is a blood condition where a blood clot forms in a vein (usually in the leg). It can become a severe problem if it breaks off and makes its way around the body. Eventually the clot can make its way to the lungs, where there’s a possibility it can block a blood vessel and be very serious – in some cases even fatal.

In this article we’re going to take a look at deep vein thrombosis, assessing what the science says about cause and prevention of the condition.

The condition is synonymous with long distance travel and periods of sedentary behaviour. Sitting, whether on a plane, train or office chair is known to be a major risk factor. Post-surgery is also a time when DVT risk increases dramatically because of reduced movement.

The good news is that Deep Vein Thrombosis risk factors can be largely reduced by promoting blood flow in the lower extremities. The official NHS advice recommends wearing tight compression socks [1] and promotes movement whenever possible. Whether you’re on a plane, in an office or simply watching TV, get up and move around frequently to reduce your overall risk factors.

Deep Vein Thrombosis (DVT) is a blood condition where a blood clot forms in a vein that can become a severe problem. This article however investigates the science about cause and prevention of the condition...

Scientifically, the evidence isn’t especially strong on how effective compression alone is. However, we know that when you combine the effects of compression with infrared fabrics, you dramatically improve the effectiveness of the garment because infrared stimulates blood flow, and we know for sure that stimulation of blood flow reduces the chances of DVT [2].

Infrared fabric stimulates the production of Nitric Oxide, which is a very effective vasodilator [3]. This means the blood vessels are widened and the circulation is increased to particular areas. For example, if you wear infrared socks, you’ll stimulate blood flow to the feet and lower extremities. In fact, you can see this process in real time under a capillary microscope…

The KYMIRA compression socks are perfect for long distance travel thanks to the double-effect of compression and infrared. They create the exact conditions for helping to reduce deep vein thrombosis, so are a very good idea for anyone embarking on a long-haul flight.

How effective is movement at preventing DVT?

The best research around movement and deep vein thrombosis prevention comes from the surgical world. Post-surgery (particularly lower limb and trunk-based surgeries), patients have extremely compromised movement and as such are at a significantly higher risk of developing DVT.

What research has shown is that even with small movements, the risk of developing DVT is significantly reduced. Researchers had post-lower limb surgery patients perform ‘active ankle movements’, then monitored maximum venous outflow (MVO), maximum venous capacity (MVC), and blood rheology. They also recorded the incidence of DVT.

The researchers concluded that ‘through increasing MVO and MVC and reducing blood rheology, active ankle movements may prevent the formation of lower-extremity DVT after orthopaedic surgery’.

This research is useful for two reasons…

These results are not unique either. Subsequent research shows that even movement generated by mechanical devices is helpful in preventing post-surgical DVTs, so any movement, no matter how small or generated is an excellent tool in the fight against DVT.

In this study [5], patients who were immobilised post-surgery had their movements made by mechanical device yet still posted significantly lower incidences of DVT (3.6% vs 25%). Any movement, no matter how seemingly small and insignificant is effective.

Preventing DVT – what we know for sure

The evidence points towards three main factors being important for preventing DVT. Thankfully, all of these are achievable…

KYMIRA medical stocks a range of products that are effective in helping to prevent DVT. If you are travelling, heading in for surgery or are generally worried that your lifestyle may increase your risk of developing deep vein thrombosis, take a look at our range here.